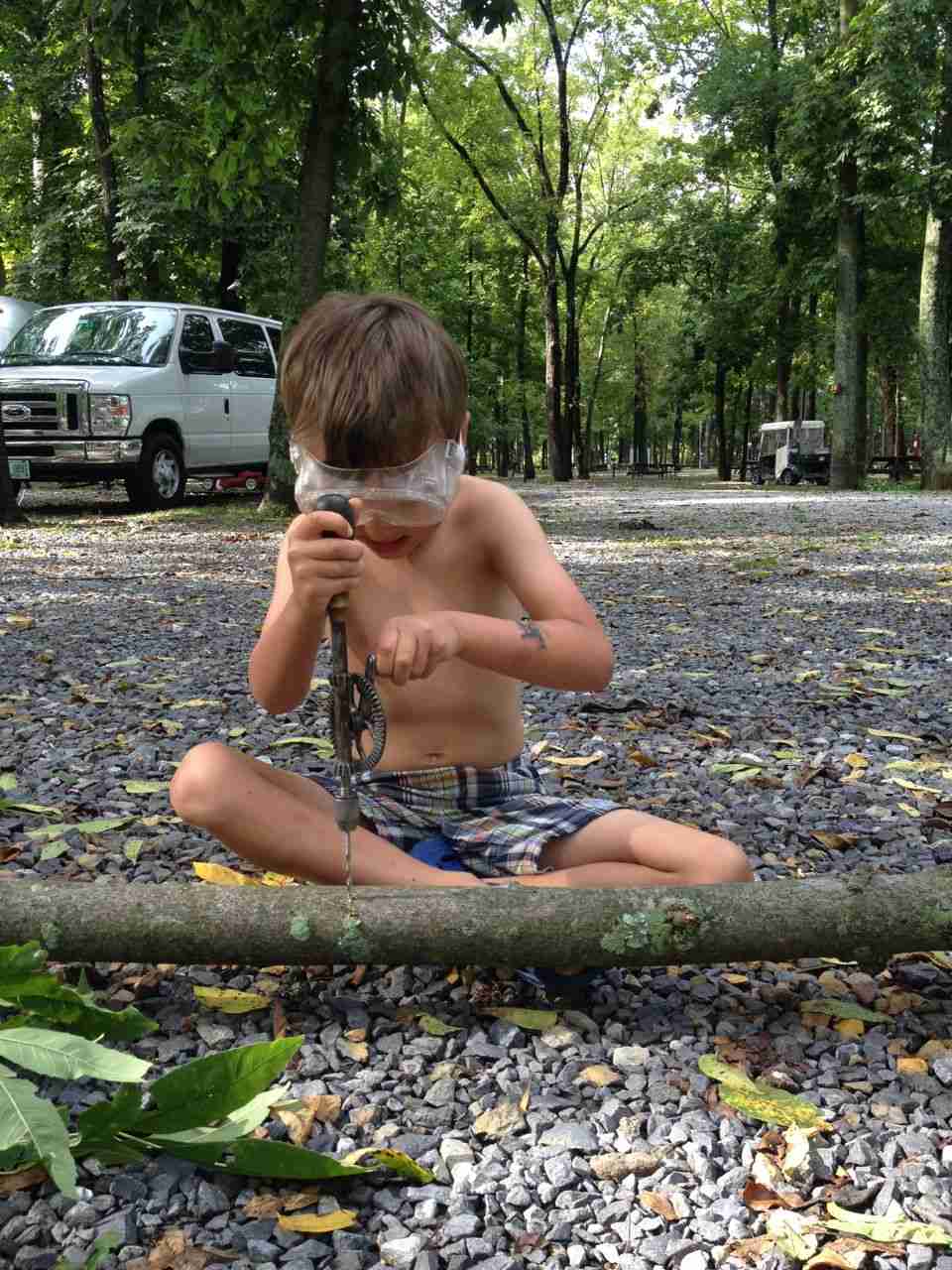 You are here: Home / Captains Log / Traveling full time from her side.

We’ve really settled into life on the road. It’s starting to feel pretty normal to us.

Driving days are still chaotic. I used to feel crazed getting the 3 kids dressed, fed, backpacks packed and stuffing them into the car to be on time for school. Now imagine having to secure all of your belongings (plant into the bathroom sink, bungey cords on the cabinet handles, all bikes into the van, grill broken down and put into it’s bag in the van etc etc) AND get the kids dressed, fed and into the van.

It’s like herding cats. We are getting better at it. Brecht and I start doing some of it the day before, but still it’s unavoidably chaotic.

Laundry on the road

Laundry is actually easier on the road. Campgrounds have multiple washers and dryers. On a day when we will be home for a few hours I throw all the laundry into the red wagon (side note: if you ever decide to travel with kids… bring the wagon. I could write a whole post about how useful it’s been). 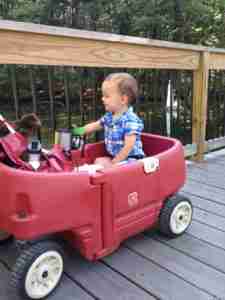 Enzo usually rides with the laundry. We head down throw it all in and it’s all over and done with in about an hour and a half.

How we get mail

I know people wonder. We have a service for this. First, we changed as many things as we could to paperless statements back in August. We have an address that the rest gets forwarded to and it’s held until we request to have it sent to us. Campgrounds let you receive mail. We just request it when we are staying somewhere long enough to wait for it.

We (I) purged a ton of stuff before we left. I did use craigslist a bit, but mostly I sold stuff through Facebook. Both a local mothers group I belonged to and a local tag sale group I joined where actually way more useful.  I had SO much to get rid of when I started looking around. Baby stuff, stuff no one ever played with, stuff we had 2 (or even 3 or 4 of).

I knew what I could get rid of without the kids caring and the other stuff I talked to them about and made deals. For example, I bought them tons of books on the Kindle etc in exchange for letting things go.

For stuff that wasn’t worth much I just told people it would be on the porch and they could leave the money under the mat. I wasn’t ever ripped off. I found people from the fb groups were way less likely to stand me up but I still wasn’t going to rearrange my schedule for $5 or $10 items. It worked out well. From May-August (I wish I had an actual total) I definitely sold over $1500 worth of stuff from the porch. Even with all the purging we did store bins and bins (and bins) of toys.

Got sidetracked…sorry, back to toys on the road. I didn’t believe other people who said you need very few toys while traveling full time. In addition to all the electronic entertainment, we brought a big bin of legos, puzzles/games/art supplies, a bin of outside toys (foam rocket launcher, buckets, shovels etc), stuffed animals/dolls they have in their beds, Vince brought his tools and each of the kids was allowed to fill one small rubbermaid bin with toys.

As I’m writing that it sounds like a lot. At the time we packed it, I was worried that it wasn’t enough.

The kids seriously never play with any of it except the electronics. Okay not never, but hardly. We are either out and about or the kids play with rocks, sticks, rope and dirt. Even the legos which were played with non stop before we left have only been opened up 2 times in a month and a half. I’m glad we keep the bins of toys in the van because they ARE useful to me when I’m trying to entertain Enzo (21 months) on longer car rides.

Food on the road

The fridge is actually bigger than I imagined it would be. We do smaller trips to the store and we eat out a lot. We’re foodies. Local food is really important to us so getting to restaurants is a big part of checking out a town or city for us. We seek out the farm to table restaurants. I know Brecht already wrote about the local organic fried chicken. Amazing.

Eating out is most often stressful (yeah, stressful we’ll go with that word) with the 3 kids. Between picky eating and kids not wanting to sit still, Brecht and I often exchange glances over restaurant meals that silently scream, “what the hell are we doing here?”.

Sometimes we get really lucky and it works out. In Charlottesville, VA we accidentally timed Enzo’s nap just right. We were headed to a Albemarle cider brewery for live music and he fell asleep and transferred into his stroller! We sat outside on a beautiful day. The 2 big kids found friends to play with and Brecht and I sipped a flight of local ciders while enjoying a cheese plate and local music. We have lots of stories of days when it worked.

We’ve also stocked up on local pasture raised meat a couple of time. Once from a farm store in Copake NY and once from the Charlottesville (biggest one I’ve ever been to) VA farmers market. We’ve made some great meals both inside the Airstream and outside using the outside set up we bought.

I’m a bit crazy about what we eat. I literally loose sleep when one of the boys eats a hot dog that isn’t Applegate, or better. I must admit there have been days when we have eaten things I would seriously never have fed the kids at home. We’re doing our best with food on the road. Most days it works out fine.

We’re working out the kinks in some areas. Constantly changing locations is teaching all of us to be more flexible for sure. More on stuff like bedtime, school work and the places we’ve been another night.