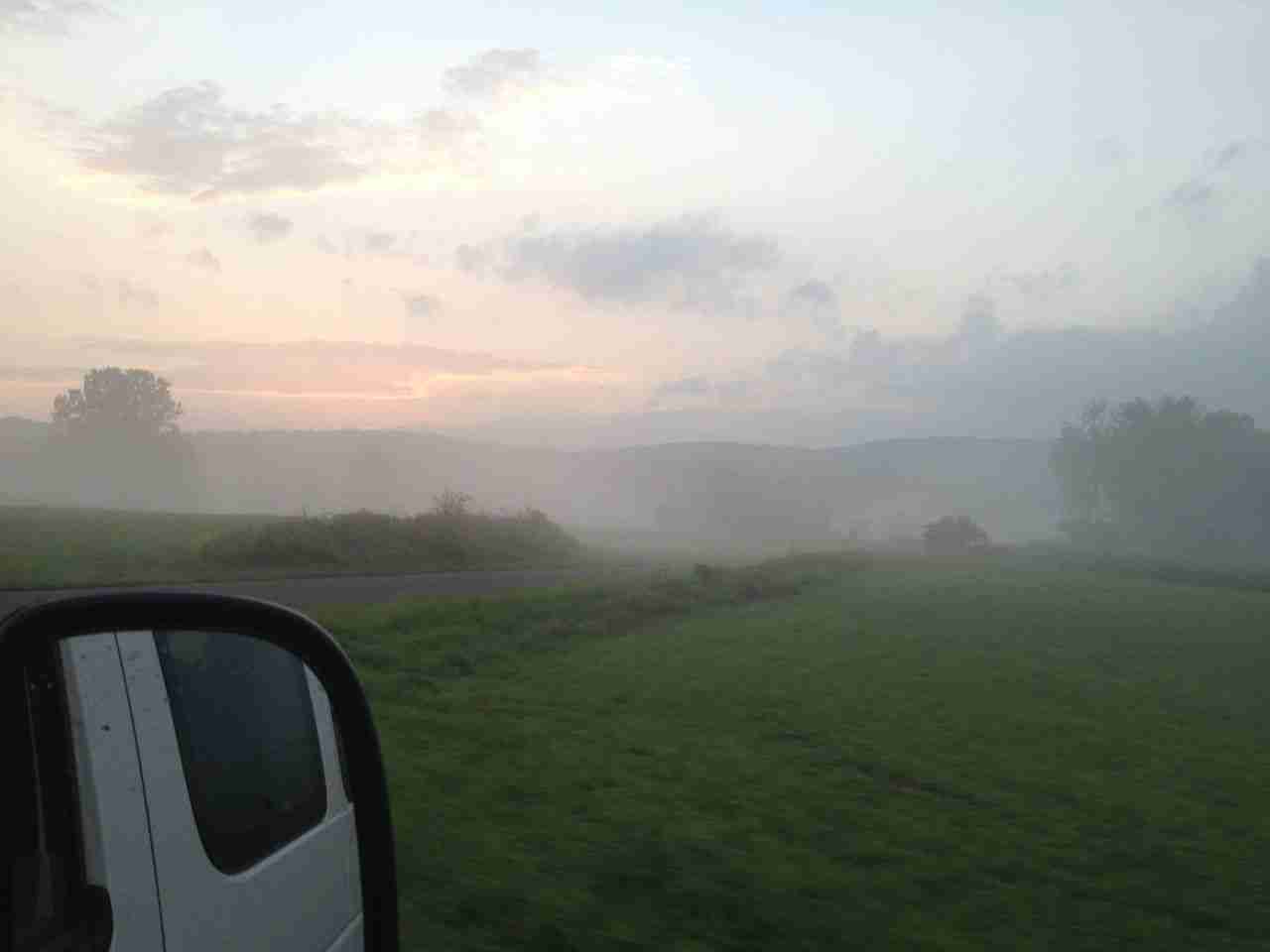 Traveling full-time isn’t like you’re on vacation. You’re still living. At least we are. We’re not retired. We’re raising kids. Becky’s edumacatin’em. I’m making money. We haven’t set off into the sunset for piña coladas on a beach….in a thong.

A typical day starts with me exploding out of bed and into a thong. After that I prance with 3 poodles around the campground and then head off for some biscuits and gravy like I’m having a damn parade.

Most days we’ve got tasks we need to take care of.

And that all take a couple of hours. Sometimes my work takes more. After that we’re all about filling up the day with the best of what’s available in the place that we’re in. But we’re not on vacation. We’re living on the road.

So here are a couple of questions we get on a regular basis.

Aren’t You Cramped in That Small Space All the Time?

The truth is we’re rarely in here. We’re out most of the day. I mean how much time do you spend actually in your home and awake each day. For most of the people I know the answer is “not much”.

You have breakfast. You go to work. You come home. Eat. Watch a little TV or do something on the computer or iPad. Go to sleep. Repeat. Weekend.

Your week looks like something along these lines at least after you have kids. Throw in some sports, the ballet class, your yoga, maybe an afterwork cocktail every now and again and Bob’s your uncle.

Its no different we’re out all the time. The truth is that when we’re “home” we don’t have a mountain of shit to take care of. There’s not much cleaning. There’s nothing to mow. Its pretty simple.

We devote a lot of time to getting the most out of each location that we’re in. I think we’re able to do this because we’re not doing all that other crap you need to do when you’re building a huge nest (mowing, maintaining, painting, repairing, endless shopping).

Don’t get me wrong, there are definitely days when I would love to head to the sunroom and get into my leather recliner take out a book or the iPad and read something in my pajamas while I ignore my parental responsibilities and let Becky bear the brunt of it but the truth is I didn’t get too many of those before and it wasn’t all that productive when I did.

So yes, at times it is tight, but for the most part we’re out doing stuff.

How are you cooking and eating on the road  full-time in that tiny kitchen?

Well, for one thing it is so much less expensive (yes less expensive!) traveling that we eat out quite a bit more. We’re picky we’re not eating at Popeye’s or Subway or anything like it. We’re seeking out the best places and yes it is still less money than living where we were.

For example: We landed in Charlottesville (LOVE it) and immediately googled “Charlottesvile VA best fried chicken“. We found the Whiskey Jar. We were in Charlottesville for 10 days, that place was so good we went back twice for dinner and I snuck off once for a cocktail (or 2).

Frankly, because we’re not saddled with a lot of the stuff and expenses that you are when you’re stationary and accumulating its pretty doable.

I’ll go in depth at some point with how that works. We invested in a pretty serious outdoor setup with 2 burners and a grillbox and griddle etc. We make coffee in a french press every morning (I drink a fraction of what I used to). We brought a crockpot. We’ll make chili or carnitas that we eat for days.

We also make a lot simpler meals at home. I could probably write quite a bit about this, even after only a little more than a month, but I’m going to reserve it for it’s own post.

What do you do at night?

Well… after the kids go to bed Becky is a huge fan of naked crits… and we will circle that damn camp sometimes for hours just hooting and hollering, drinking beer and raising hell.

I mean…. the kids go to bed as close to 8 as we can muster. We might have a few things we need to take care of to clean up after the day and then its like being at “home”… but we light WAY more fires.

We’ll sit by the fire and talk and drink some fine cider from a local orchard that we visited or wine from a local vineyard that we found at some cool place and we’ll ‘plan’ maybe 10-20% of the nights. The other nights if we’ve got a decent Internet connection we’ll try to write or do a little work.

Almost all the campgrounds have cable television which I haven’t had in more than….14 years? So we’ll gut sucked into some kind of weather channel reality TV show like “Naked and Afraid” which they seem to show bits and pieces of between ads for drug side effects and we’ll do that for an hour or so and then that’s it.

Mostly we fill our days and then plan or do other normal shit at night.

We get asked a bunch of questions

Here are some things I’m hearing more than once that I hope to cover in future posts.

If you’ve got a question or you’re wondering something go ahead and ask. We’re an open book.

Here are some random photos from the last couple of weeks.