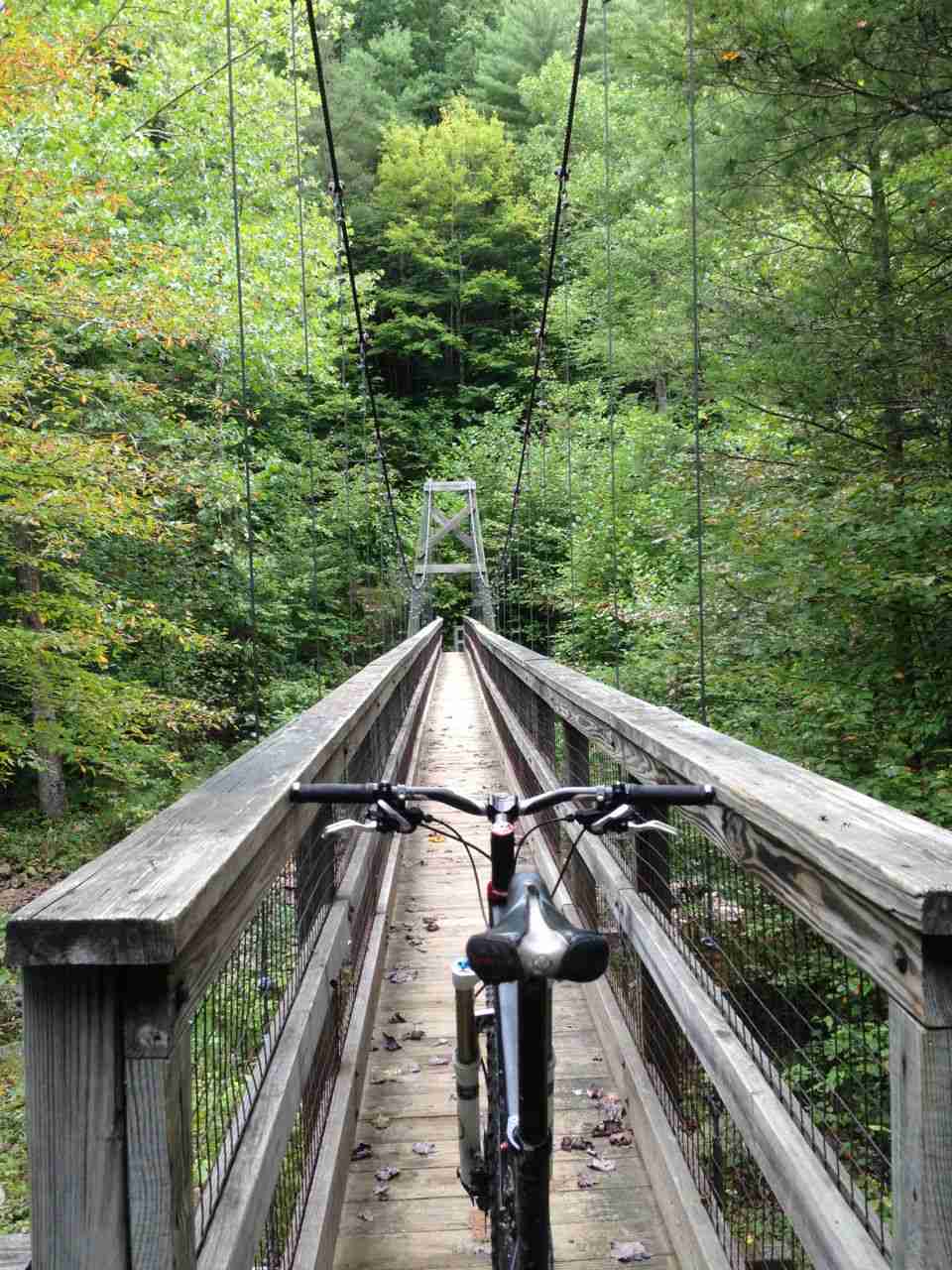 We’ve been traveling for 4 weeks. It seems like forever and it seems like we just started…if you know what I mean.

There are some real benefits and some real challenges to full-time travel that we’ve found in this first month.

This is, by far, the longest trip I’ve ever been on, even if we were to end it today. I think the next runner up would be our honeymoon which lasted a little less than 2 weeks (Europe) and I’m sure it was stressful as all hell by the end for all the work I was missing.

So that’s the thing right now that’s allowing us to do this, the “work”.

People have asked along the way how we’re affording to do this – are we broke and on the run?

Did we win the lottery?

Did my uncle leave me some cash?

Why do we have to live in a trailer (call it the Airstream please…)?

No. None of these.

I have a business and it’s online and that’s how we do it.

“Well don’t you have to be working to make money?”

I have a business, not a practice, not a gig, not a job online, its a business. I don’t think I’d do a trip like this without one, too stressful.

The difference between having a business versus a gig or a job online is that it is working when I am not working. A business is built on systems that you put in place that allow it to operate whether or not you have your hands in it every day.

This isn’t to say that I don’t have to spend time driving it. I do.

I’ve had to completely reinvent what that means and how I approach work.

Work is no longer a thing that I punch in and out for and I’m satisfied when I’ve maintained a certain amount of time in a room or in front of a computer. It was before we left.

I’d like to think that it wasn’t and I worked on making it not be that way but the fact is that 9 out of 10 days I’d find enough “work” to keep me very busy from breakfast to dinner.

This trip has been a major escape from that.

I don’t have the luxury of sitting on my ass (or standing I was using a standing desk at home) whiling away the hours in the name of “productivity”.

Now I must do the most important, highest leverage, most productive things that I can each time I sit down to work. I have to be truly efficient and productive… not looking busy in the name of productivity.

If you work on a computer I challenge you to install RescueTime to see how much of your “work” time is meaningful.

It’s not all peaches. This past weekend we were “wild camping” (sort of) with no cell service, no electric, no plumbing in the George Washington Forest at Todd Lake.

I went out for a sizable ride and just as I reached a peak I took out my phone to take a picture, saw a text message from my assistant “URGENT: the server is down” and my phone dies.

The point is I’m working in short focused sprints. I’m doing the most important things in the business that only I can do and I am offloading or ignoring everything that doesn’t absolutely have to be done by me.

I’m also rolling with the punches. Things I would have fixed in 2 minutes before now have to wait 2 hours.

Our days are full.

There is always something we want to do. That means that we’re getting ready for it or getting back from it or doing it most of the day. Hence, my work has to be scheduled, compartmentalized and focused.

We are constantly discovering new places, trying new food (especially the kids), finding new adventures and new favorites and it is great.

At some point (very soon) we’ll start talking more in depth about the places.

Sometimes we’ll be somewhere doing something awesome and I’ll look at Becky and just say “We’re doing this!” half to extinguish my own disbelief and the other half… I think to make sure she’s still with me.

Its hard to get a routine with so many variables. Kids like a routine.

I think we’re getting there but the first few weeks were anything but routine. We still eat at just about the same 3 times every single day. We all go to bed in the exact same places, even if we’ve moved 200 miles…but we haven’t found our “rhythm” yet exactly.

We’re in Charlottesville right now, for example, and it is AWESOME. I think we’d stay for a month if we could. But why can’t we?  Maybe we should. Let’s extend. Wait then we have to cancel Richmond. No we can extend Richmond. But then we have to postpone Asheville. No we need to get to Asheville….

I think we’ve done this with all but one stop. It can get a little frantic.

We have nowhere to be and yet we have to get somewhere all the time, all at once.

I think we’ll settle into this. I think we’ll stay much longer in key places and much shorter stints in the “layover stops” as we’re calling them (Copake for example).

We’ve had our first sickness rip through the camp. Enzo and Becky and Madeleine were hit the hardest with a fairly intense nose/throat type ordeal. Vince got it to a lesser degree and somehow I manage to dodge it (pretty sure it was the ColdEase zinc). Anyway, this is not great in a 230ish foot Airstream. Difficult to say the least. Mama is the nurse, not I.

We made it through though and we’re no worse for the wear.

We’ve scheduled ourselves through mid-January.

We do have some flexibility and some weeks to fill in but its kind of nice to know that, for example, we’ll be in Asheville for October, at a resort in Pensacola on the beach for Thanksgiving, and in Austin for Christmas and New Years.

Kinda perfect now that I say it out loud…

More updates to come but let me say this.

Whatever you’re wanting to do… STOP wanting and START doing.

I’ve had a lot of folks reach out to me since we started this trip. A lot of people say that I’m “lucky” (some say fckn crazy).

It didn’t happen by accident. We didn’t wake up one day and find we had flexible lives and income and mobility. It is by design.

No, we didn’t plan a giant road trip for years. We planned to be able to do whatever we wanted and then we happened to want to do a gigantic road trip.

It took 3 years of busting ass with 2 businesses, occasional massive face-plants, lots of work with no promise of a return then it took 2 more years of tweaking and testing and iteration.

And it took embracing some risks.

I’m going to get off the pulpit now but let me close by saying that if you’re the type of person who’s reading stuff like this and thinking “I want to do that, they’re so lucky” then shut your mouth and get to work… because its not luck, its work, and um.. “stones”. Neither of which we’ve cornered the market on.