Ok, actually its Day 128…. I wrote this post a while back and couldn’t publish it.

I’m better now… so here’s the story. The following post was written about a month ago.

We’ve been traveling, 5 of us, “living on the road” full time now for 3 months. This is… a lot of time and at the same time not nearly enough. Rather than waxing philosophical as I’m prone to do I’m going straight into updates.

Last week I dislocated both my shoulders to varying degrees and I’m pretty sure I cracked a rib.

The story of the dislocated arms unfolded thusly. 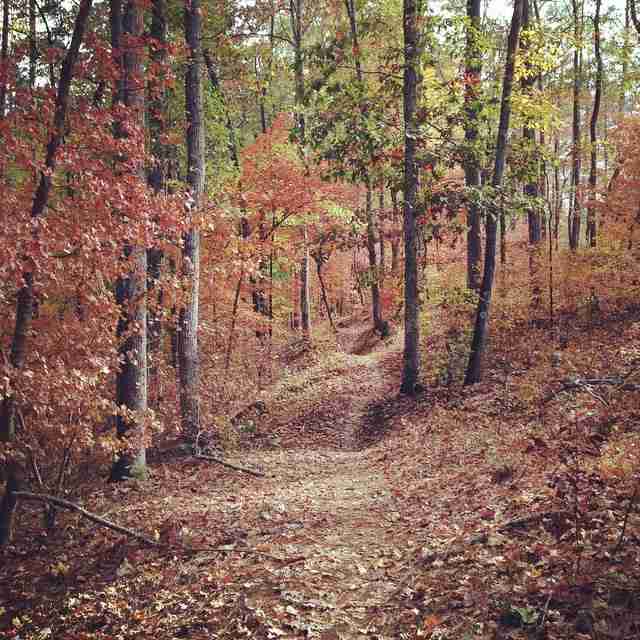 We had just wrapped up about a week in Charleston SC, a fantastic place, and I had plans for us to stop at not 1 but 2 of the International Mountain Biking Associations “Epic Rides“, Bull Mountain in Dahlonega, GA and FATS (Forks Area Trail System) technically in SC but right on the border.

We had a fantastic campsite at on Stom Thurmond Lake – yes really Strom Thurmond Lake. Its amazing how many places are named after complete assholes. My joke is

“Strom Thurmond Lake is where they profess to hate the water but secretly love to take a dip.”

On this day I felt particularly strong. I’ve been riding a bunch and getting in more climbing and more elevation than I have in years. FATS is not technically challenging at least not like we have in New England and so I was wide open.

I came around a corner and there lay the decision that would end very badly for me. I could whip around this corner on the low side and continue bombing this twisty gorgeous single track on an exquisite 68 degree sunny day… or I could take the high side launch over this set of roots and dig in around the corner.

I chose the high line.

When my tires finally landed I was so much further down the trail than I expected that I was unable to stop before I ran directly into a small set of 2 trees 6 or 8 inches in diameter and about 5 inches apart.

I saw it coming but was moving much too fast to correct the course. I got high up on the bike in anticipation of the impact instead of laying it down. I hit the the trees with both forearms and crushed into it. I’m not sure what it looked like but if we had a video I’m sure I would have been in the air above the handlebars.

The first impact dislocated my right shoulder and since I had launched above my bike it also badly bruised my left thigh while taking a chunk out of my right shin and forearm.

I don’t know for sure but I think that the impact from falling is what dislocated my left shoulder.

I landed in the type of pain that allowed me to do nothing but yell between gasps. This is probably the most painful thing that’s ever happened.

I was a couple of miles into the wood, 15 miles from my family and a little more than 1,000 miles from “home”. I kind of rolled around for a while, tried to get up and realized that my arms weren’t functioning properly.

I used the leverage of legs to get myself on my ass. My hands and forearms were working fine but I couldn’t lift my arms from my body.

I started thinking all the things that you would think at a time like this. Is anything broken? How am I going to get back to Becky and the kids? Is this the end of the roadtrip? Do I need to go to the hospital?

Finally I moved one of my hands to the top of a tree that was broken and laid over at about waist height. I put my right hand on it with the help of my left and thought the thing to do would be to pull the arm back in like an action figure, I’d just pull it up and away form  my body to pop it in.

The sound and pain of that is… a lot to take. I should note that I’ve come to find out that this isn’t the “right” way to do this however the way this joint is set if you’re healthy enough and you get the ball into the right area it will pop in.

I put the left one back in the same manner as the right. It was less painful coming out and going in then the right but it was still extreme and the sound… oh the sound…

There was immediate relief but at the same time I was now presented with hallmarks of passing out… blackness closing around the corners of my field of vision, “jelly” legs… I took very deep slow breaths and started walking then moving my arms a bit.

What happened next was pretty odd.

I think I was hopped up on adrenaline or endorphins or whatever happens at a time like this. I decided to ride out. I rode maybe 100 yards towards the exit and then was compelled instead to turn around and finish the ride.

I thought “I may never get back here… any damage I did is already done… right? I feel ok. I should just finish”

This is obviously insane but that’s what I decided. I turned back around and continued my ride. I carried on for more than 10 or 15 minutes before I came to my senses and realized that this is crazy.

I turned around again and headed back to the van. Thank God I did. By the time I got to the van the relief from whatever natural chemicals had fired was gone.

We had to leave the woods obviously.

It was time to go. We waited until the next morning and overnight I took a lot of Advil… and maybe some bourbon.

There’s a lot to do to pack all of us up in the van and hook our 6,000 some odd pound airstream to the ginormous van. I do most all of the heavy lifting typically. On this day Becky had to do more than her share.

We decided to head to Stone Mountain, GA which is just outside of Atlanta. I could get medical attention, there’s plenty of stuff for the kids to do etc.

Well, we made the drive and when we pulled up to register we found this. 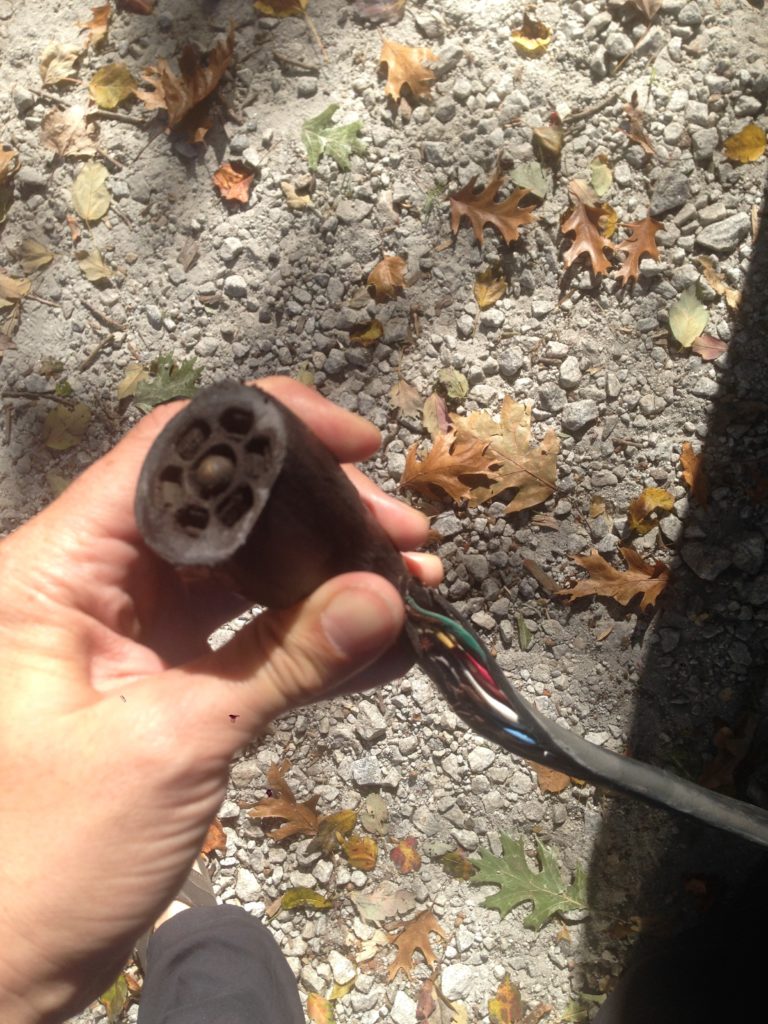 This is called a 7-Pole or 7-Plug connector and it’s what comes out of the Airstream and into the van. This controls the lights and brakes etc while we’re driving. This photo doesn’t show all the detail but it was shredded.

We managed to fix this with a bit of googling and an overnight Amazon delivery we installed a weather tight junction box and a new 4 foot plug. This was our first attempt at any real repairs and frankly it worked out beautifully.

The timing was, however, horrendous not only because I had these only semi-useful T-Rex arms but because we had the pressure on to get to Disney World for a bought and paid for vacation just a few days down the road.

More about Disney, holidays on the road, Austin and 11 hour drives with kids soon.